It is difficult to find a smartphone manufacturer as active as Samsung: the Korean giant "churns out" dozens of terminals a year for all budgets and all needs, and keeping up with it is really a feat! There is so much freedom of choice but when it comes time to buy a new phone, you never know which one to go to.

Here is the reason why today I decided to publish this post and give you some advice on which Samsung smartphone to choose. We will therefore see which Samsung models are worth focusing on in this period and their technical characteristics.

As already mentioned, there is something for all tastes and budgets: from cheap terminals sold under 150 euros to top-of-the-range smartphones that cost over 600 euros. It's up to you to choose the one that best suits your needs (and your budget). They are all equipped with the Android operating system declined in various versions and customized with Samsung's One UI interface. Happy reading and good "hunting". I am convinced that you will eventually find the phone that's right for you!

How to Choose a Samsung Smartphone

Samsung's smartphones are divided into various product families, each of which is addressed to a different type of user and includes devices of various price ranges. Here they are all in detail.

Most Samsung smartphones are equipped with type displays Super AMOLED which ensures very deep blacks and a good yield in sunlight. You just have to evaluate the resolution of the screen (the more pixels there are, the more defined the images and texts reproduced on the display) and the dimensions of the latter: a larger screen can make the use of content more comfortable but it can decrease the handling of the phone. Then there is the form relationship of the display, the percentage of occupied area on the front of the device and the presence of the notch, ie the front "notch" that on devices where the screen occupies almost the entire front of the phone holds the camera (or cameras) and the sensors for facial unlocking. The notch can be in classic format (iPhone X style, so to speak); smaller, therefore "Drop", or it can be replaced by a "hole" in a corner of the display, where the front cameras are embedded.

Then I advise you to pay attention to Samsung devices that have one Edge screen, that is a very curved screen on the sides: the curves are so beautiful to see, but they can be uncomfortable in everyday use. Often you end up touching the edges of the display unintentionally and activating "Edge" functions at random! Also consider the presence of brightness sensor which automatically adjusts the screen brightness according to the brightness of the surrounding environment.

Some mid-range and high-end Samsung smartphones also have the feature Always on, thanks to which it is possible to view the time, calendar and other information when the screen is off, or rather, when the phone is in standby. The information is displayed using a very low percentage of energy, so this feature does not have a big impact on the autonomy of the phone. 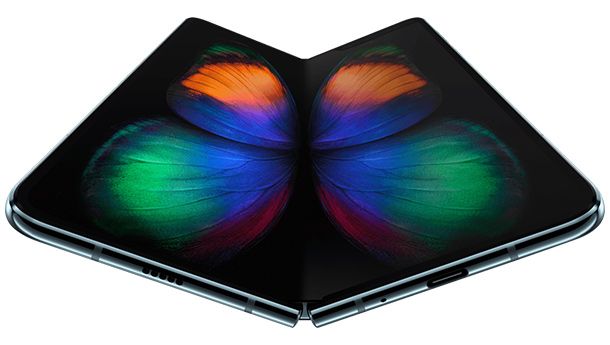 The latest news in terms of display, in the Samsung line-up, are the flexible displays. Introduced to the market by Galaxy fold, these displays can fold in one place thanks to the presence of a hinge that allows the body to flex. They are useful because they can be opened and closed as if they were a book, thus allowing you to put a device in your pocket that when open can boast a display with the typical dimensions of a tablet.

Other components to be carefully evaluated are the processor and RAM of the smartphone. The first is the "brain" of the smartphone, the second is the memory in which the device temporarily stores the data of the apps in use and the operating system. A more powerful processor (with more GHz) determines a higher speed of the phone, a higher RAM (with more GB) determines a better management of multitasking and more advanced apps, therefore also the possibility of being able to use more apps at the same time.

Battery power is measured in milliampere machine (mAh). Generally, the more mAh there are, the longer the autonomy of the smartphone is, but we have to see if the software is well optimized. A phone with a non-optimized software, in fact, has a shorter battery life than a phone with the same amperage but a well-optimized software in terms of consumption.

You also need to evaluate if the battery is Removable or less. If it's removable, you can take a spare with you and use it in an emergency.

As you surely know, the fingerprint sensor is a component that allows you to unlock your phone and authenticate yourself in various apps using your fingerprint. It is very convenient, so take this into consideration before purchasing your next Samsung smartphone.

Fingerprint sensors can have speed e degrees of accuracy different, in any case those mounted on Samsung devices are all of excellent quality. Their position may vary: some models have them on the front (in the Home button), others on the back, which makes them a little more inconvenient to unlock (just think of when the phone is resting on a table, in that case to unlock it using the fingerprint sensor it is necessary to hold it and lift it from the table). Newer models may have the fingerprint sensor integrated directly into the display.

Some models, then, associate unlocking by fingerprint to that facial: through the front camera, they are in fact able to recognize the user's face and allow him access to the system. This system also has its pros and cons, to be evaluated according to your specific needs. 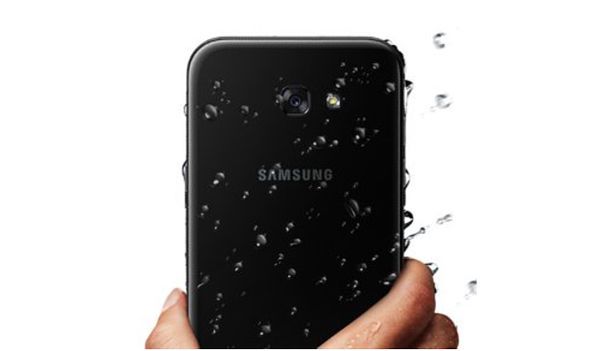 Some Samsung smartphones have water and dust resistance. If you are interested in this feature, choose a mid-range or top-of-the-range device, since unfortunately there are still no waterproof and dust-resistant devices in the cheaper range.

Keep in mind that the degree of impermeability and resistance to dust can vary from device to device and is indicated with very specific certifications (eg. IP68).

The operating system of Samsung smartphones is almost useless to talk about it: it is Android customized with the interface TouchWiz or, on newer terminals, One UI of the Korean giant. You just have to be careful of version of the OS and the possibility of updating it in the future, which is guaranteed more on top-of-the-range devices than entry level or mid-range ones, which instead are “abandoned” more quickly by the parent company. At the time of writing, the latest version of Android is 9

Brand Vs No Brand

Unlike what you might think, "branded" smartphones do not bind to the use of a specific operator's SIM (they allow you to use the SIM of any operator), but are supplied with applications, wallpapers and other customizations made by the operator who "branded" the terminal. These customizations and apps are difficult to remove and can be annoying (especially if you decide to use a SIM from a third party). It's up to you to assess whether the savings guaranteed by branded phones are worth putting up with the plethora of unnecessary apps and customizations they bring with them.

Many of the Samsung smartphones feature the dual-SIM support. The dual-SIM mechanism used by Samsung smartphones is the one called dual stand-by, like the vast majority of smartphone manufacturers on the market. This means that while one SIM is on a call, the other is unreachable. The 3G, 4G or 5G connection if present, on the other hand, can almost always be switched from one SIM to another without the need to physically move the card from one slot to another (function called hot switch). The slot of the second SIM in some cases can be shared with that of the SD, so you have to choose whether to use two SIMs or whether to expand the internal memory of the smartphone.

I told you about connections 5G. Clearly evaluate, based on your needs, whether to buy a smartphone with a new generation connection today. The presence of the 5G modem clearly increases the price, but makes the purchase longer, which can boast a longer duration over time without becoming obsolete. All Samsung smartphones on the market today support at least 4G connection.

Which Samsung Smartphone to Buy

So, you are ready to find out what it is Samsung smartphone best suited to your needs? If your answer is yes, take five minutes of free time and take a look at the terminals listed below: among them you will surely find something that suits you.

Please note: some older smartphones may be sold at higher prices than recommended (which I used as a basis for the creation of this post). If you notice a too high retail price for a smartphone that is not the most recent, visit the Amazon page of the latter and look for a cheaper offer among all those available, perhaps used. Having made this necessary premise, we can really take action! 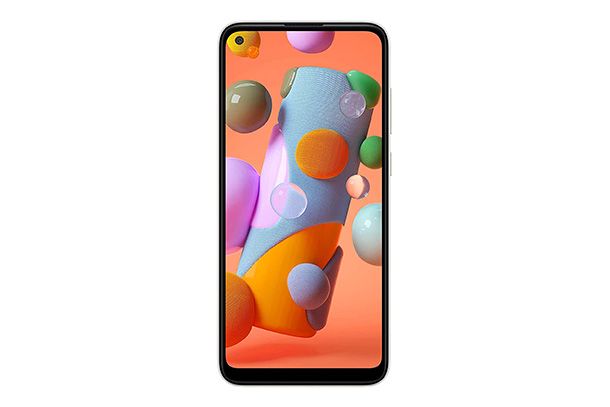 With a modern design and reduced bezels, the Samsung Galaxy A11 represents Samsung's entry-level solution. The display is a 6,4-inch IPS LCD, supports HD + resolution (1560 × 720 pixels) and integrates a hole for the front camera. This model has three 13 + 5 + 2 Megapixel rear cameras with which it is possible to take wide-angle and ultra-wide-angle photographs (the third module is depth). We then have up to 3GB of RAM and 32 and 64GB models of internal storage that can be expanded via microSD. The battery is 4.000mAh and the autonomy is of a good level, while the fingerprint sensor for unlocking is present on the back.