You have decided to digitize the music tracks in your audio CD collection by transferring everything to your computer and in doing so you have begun to consider the possibility of converting them into a format more congenial to you. However, being inexperienced in this regard, you would like to receive some advice on the matter so that you can make the best choice. How do you say? Things are exactly like this and you would like to know if I can give you a hand by indicating what the best audio formats? Of course yes, that was exactly what I intended to do.

If you allow me a few minutes of your free time I can in fact show you, in detail, what are the most popular audio formats in circulation, their strengths and weaknesses and for which uses they may prove to be more or less convenient so as to put yourself in touch. condition to opt for those that you think can actually do for you. For completeness of information and in order to offer you an even more complete overview of the issue, at the end of the article it will also be my concern to show you which tools you can use to carry out various and possible conversion operations. You will see, after reading this guide you will no longer even have a doubt about what to do.

Then? How about putting the gossip aside and finally getting to the heart of the matter? Yes? Great! I therefore suggest not wasting any more time and immediately starting to focus on the subject. Get comfortable in front of your trusty computer and read everything below. I am sure that you can then tell yourself very happy and satisfied with what you have learned. I wish you, as usual, good reading.

Before reviewing the various audio formats going to identify the best ones for you, it seems only right to try to make you understand what isdigital audio. Put simply, it is nothing more than a representation of real sounds through a chain of zeros and ones. The more there will be in a file, the more the digital sound will be close to what it represents. For further information, you can consult this dedicated page on Wikipedia. 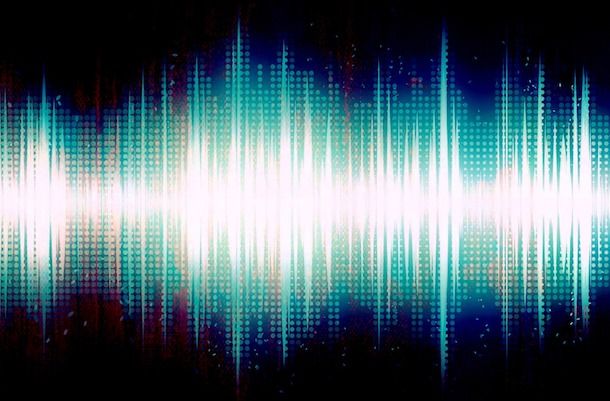 It all started from Pulse-Code Modulation (PCM), created in 1937 and characterized by two properties: the sampling frequency to measure the amplitude of the waveform and the bit depth to measure possible digital values. It is basically the faithful conversion of analog audio into a digital file on which no compression is done. The result is a very large audio file, which takes up a lot of space. For more info, you can refer to this other Wikipedia page.

As I told you a few lines above, Lossless audio formats are those that are not compressed or that, despite being subject to this type of treatment, the final quality remains almost unchanged compared to the original audio. The main formats that belong to this category are the following: WAV, AIFF, FLACC, ALAC e APE. Let's find out in detail its characteristics.

Other important but less popular audio formats always belonging to the Lossless calorie are the Monkey’s Audio (APE) and theOptimFROG (OFR). Their characteristics are more or less similar to those of FLAC and ALAC formats.

Let's now pass to the audio formats belonging to the Lossy category, that is to say those always subject to compression that take up very little space but “sacrifice” a certain degree of audio quality. The main formats part of the category in question are the following: MP3, AAC, WMA e Ogg Vorbis. To find out more, keep reading, you will find more details about it right below.

There are also other important audio formats belonging to the same category which, however, mainly concern the world of cinema and television such as Dolby Digital and  Digital Theather System (DTS) and their related subcategories. The first uses a compression system called AC3 and it was one of the first to allow independent coding of the channels, the second instead has a lower compression which, while leaving the dimensions more or less unchanged compared to Dolby Digital, allows a higher audio quality.

Although the audio quality in theory is not a subjective thing, in practice it is indeed! In fact, although we have superior audio files "on paper", in reality to win the podium in all respects are those who, based on personal judgment and if necessary, can be considered as such.

To hear concrete differences between the quality of an audio file and another, it is then necessary to use a set of headphones or high-level speakers. Furthermore, it also depends on what you hear and on the type of music which, depending on the format, can present considerable listening differences or almost none. 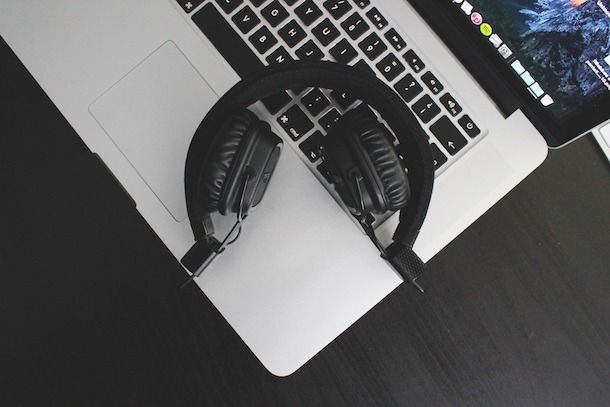 Consequently, it may seem trivial to you, but to be able to find the best audio formats, i.e. those that offer the best compromise between quality and size according to need, you should experiment with them all trying to understand with which you can get the best audio experience. and with which ones not.

Do you have an audio file in a given format and would like to transform it into another one because you think it is more congenial for you? It can be done! Just resort to the use of a special tool for conversion. There are several resources of this type in circulation. However, I advise you to contact fre: ac. It is a free, open source and compatible with Windows, Mac and Linux program that, in fact, allows you to convert all major audio file formats (as well as "rip" audio CDs).

To use it, first download it to your computer by connecting to its official website and clicking on the link Self extracting installer: freac-xx.exe. When the download is complete, open the fre: ac installation package (freac-xx.exe) and complete the program setup by first clicking on Yes and then forward, Yesanchor your forward three times in a row and finally on Install and end. 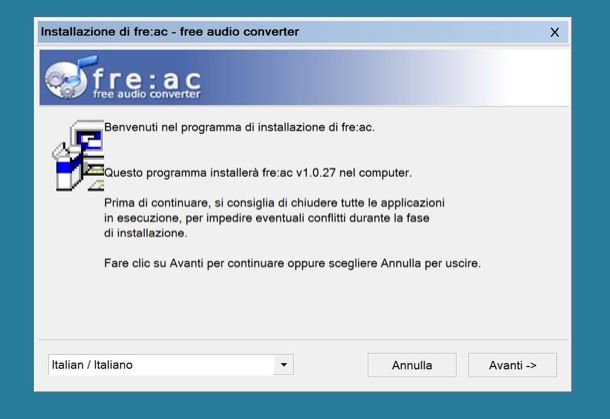 If you are using Mac, download the program by clicking on the link Binary .dmg image: freac-xx-macosx.dmg then open the package .dmg just obtained and drag the program icon inside it into the folder Applications of macOS. At the first start of the software, to avoid the appearance of errors, it may be necessary to right-click on its icon and select the item apri give the menu to compare. 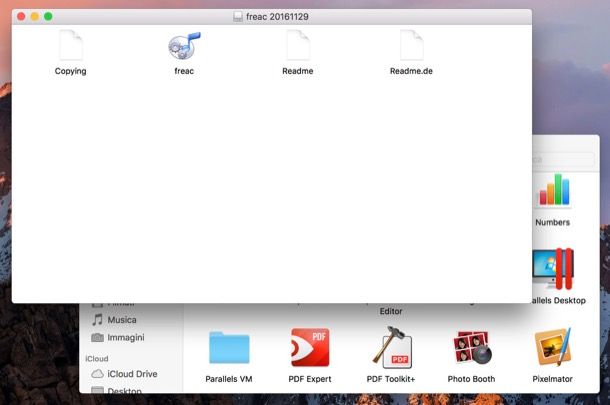 You can easily convert your files with fre: ac by simply selecting the output format you prefer from the appropriate drop-down menu in the program window, adjusting the codec settings, clicking on the arrow che si trova accanto to the pulsating ▶ ︎ in the toolbar and choosing one of the supported output formats.

Then, click on thegear always attached to the free: ac toolbar and sets all the parameters relating to the quality of the audio files to be obtained. If you have chosen a Lossy format, I advise you never to go below 192 kbps if you want to avoid getting very poor quality songs. 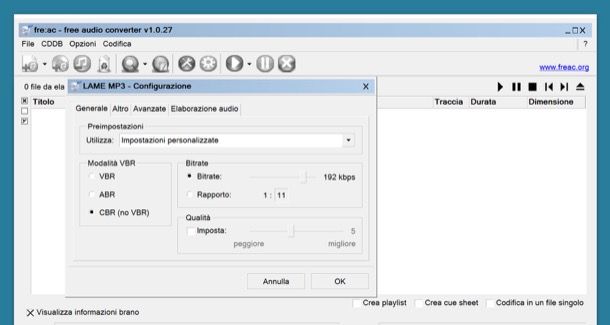 Finally, press the button Shop by Department at the bottom right and indicates the folder in which you intend to save the output files, then drag the songs to be converted into the program window and start the conversion procedure by clicking on the ▶ ︎ button. 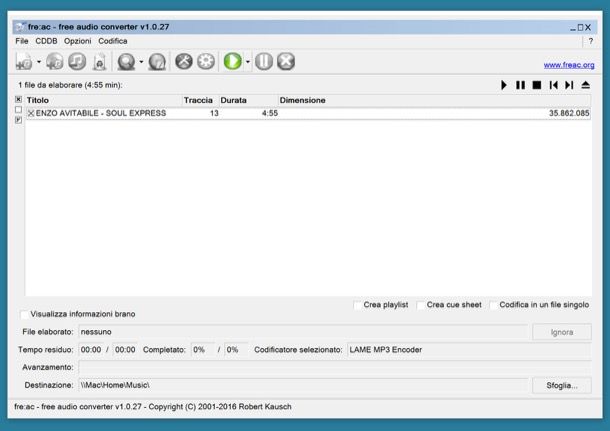 Do you want to carry out the file conversion procedure starting from songs coming from an audio CD? This can also be done. To do this, you have to follow the same steps as above but instead of dragging the files to be converted into the program window you have to click on the button Add tracks from audio CDs to the list located at the top left (the audio CD icon with the “+” symbol next to it).

In the unfortunate event that free: ac did not satisfy you, you can take a look at my article dedicated specifically to audio converters through which I have indicated further very valid software (and even some online services) useful for the purpose.