After reading my tips on which smartphone to buy, you have become the proud owner of a new generation Android smartphone. The special feature of your new device is the large high-resolution screen and you would therefore like to make the most of it to play multimedia content.

You do very well, you have all my approval! If in addition to using the applications for watching movies and TV series (such as Netflix or Amazon Prime Video for example), which have their own integrated player, you want to play elements in offline mode present in the memory of your device, you will certainly need use a media player.

How do you say? You agree as well as I do but you have no idea what the best android player? Well, let me tell you, then it is very fortunate that you have come across this guide of mine. Throughout this tutorial I will provide you with all the answers you need, listing what I consider to be the best media players, downloadable on mobile devices with the Google operating system. Do these premises intrigue you and are you now eager to learn more? I imagine! Okay, then let's get started right away; as usual, before starting, I wish you a good read. 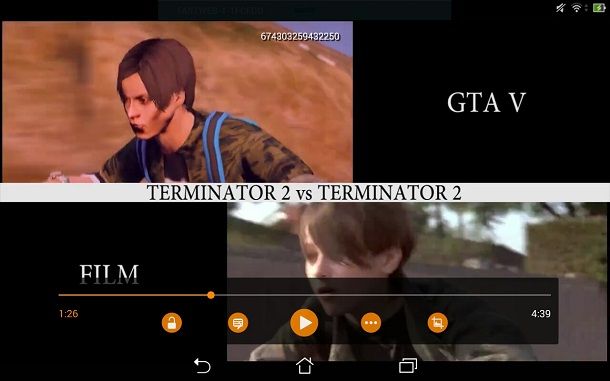 Having to create a guide on what are the best multimedia players on Android devices, I would say to start by talking about VLC for Android, or the equivalent for smartphones and tablets with Google OS of the well-known opensource software for PC and MacOS.

Over the years, in fact, VLC for Android has always proved, on all devices in which it is present, an excellent multimedia player, with particular attention to the user experience. The application interface on Android is, in this regard, clear, intuitive and cleaned of unnecessary elements.

VLC for Android is also a noteworthy media player for its support for MKV, MP4, AVI, MOV, Ogg, FLAC, TS, M2TS, Wv and AAC files. There is also support for the ability to upload subtitle files. What more could you want?

By default, starting the VLC application, you will find yourself in the section Video, dedicated to viewing the videos in the internal memory of your device. Then tap on menu button which you can see at the top left (symbol of three horizontal lines) to explore the other menu items of this app.

As you can see, by tapping on the wording Audio, you can use VLC for playing audio files. The voices Folders e Local Networkinstead, they refer to the possibility of identifying the multimedia file to be played if it is located in a specific Android folder or is present in a folder connected to the local network.

At the player level, what is most noteworthy of VLC is the ability to manage the playback of a movie through gesture. You can in fact send the movie back and forth with a swipe from the right or left, you can raise the volume and increase the brightness of the screen with a swipe from the bottom up and much more.

VLC for Android is also a player free that does not have advertising banners. 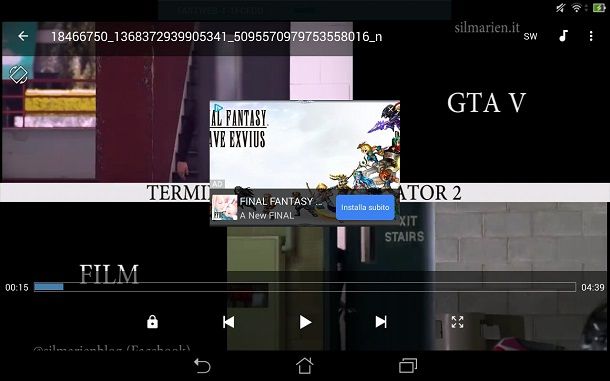 Historic multimedia player for Android devices, MX Player has always been a great tool for playing multimedia elements. I choose to tell you about it in this guide of mine because of its support for a huge variety of video codecs (in case they are not supported by default, you can download the single codec individually) and for its ability to upload subtitle files.

MX Player is definitely a valid player on Android and once you have downloaded it from the Google PlayStore by pressing the button Install, Accept and then on the button apri, you will certainly notice its practically minimal user interface.

In fact, you will find yourself in front of the section Video, through which you can start playing the movie in the memory of your device. The most interesting features of this Android player are its additional technical features: support for hardware acceleration and multi-core decoding. In simple terms, these are advanced technical features that allow you to improve the reproduction of multimedia elements.

In addition to being able to be used via gestures, the MX Player media player supports the loading of subtitle files. In short, as you will have understood, it is an excellent player, and it is a real shame that the user experience is a bit ruined by the presence of banner ads.

MX Player is in fact an application free which is supported through advertising banners, some of which are however a little invasive. Purchase of the version is required to remove advertisements MX Player Pro the price of which is € 6,20. 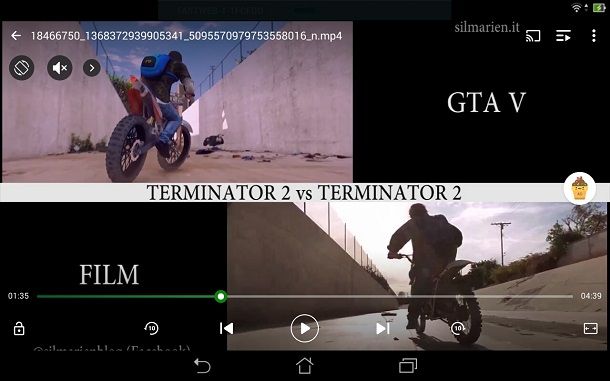 Among the noteworthy Android players, we must also mention XPlayer, multimedia player free developed by the company InShot Inc., known for the InShot video editing application (which I told you about in more detail in my guide dedicated to applications for making videos with music).

Although less known among Android players, XPlayer is still a valid tool for playing multimedia elements on Android devices. Among the main features of this multimedia player is support for numerous codecs, including MKV, MP4, M4V, AVI, MOV, 3GP, FLV, WMV, RMVB and TS.

XPlayer is also an excellent player for Android also because of its additional features; in addition to allowing the reproduction of movies also for reproduction Ultra HD/4K, offers the possibility to transmit the video played on the TV, through the Chromecast support.

Through the main section of the app, locate the movie to play; you can also tap on the voice Directories to search for the video in the folders of your Android device.

Once playback has started, you can use the gestures to manage secondary elements such as brightness, volume, but you can also make use of some special buttons that you will see on the screen by tapping on the arrow symbol. You will see the buttons appear night mode, timer, speed, brightness, volume, rotate, mute and play in background, which will allow you to customize your user experience.

XPlayer is ultimately a great player and, even if it has advertising banners, these are not invasive and do not damage the user experience during playback. However, if you want to remove them, you can buy the paid version which costs 4,39 euros. 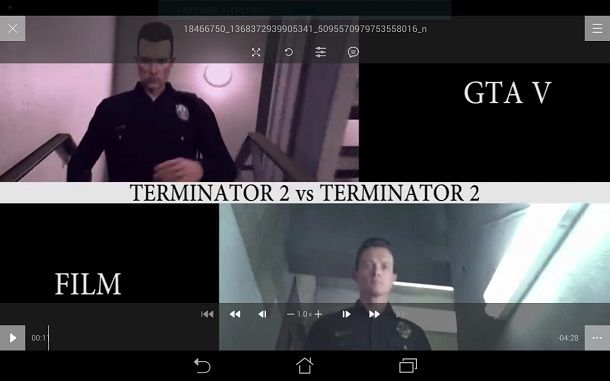 If you appreciate applications with a minimal user interface, I recommend you try the downloadable Player Xtreme media player for free on Android mobile devices.

It is an Android player absolutely noteworthy due to the ability to play multimedia elements with a huge variety of codecs and its support for movies up to Ultra HD / 4K resolution. The flaw of this application is probably the lack of some secondary features, including gesture support, but for those who want a player with a particularly streamlined user interface and are not interested in the secondary features offered by other applications, this is the best app.

Once you have downloaded it from the Android PlayStore by pressing the button Install, Accept and then finally on the button apri, what you will have to do is choose the path from which to play the file. Through the section Library, in fact, you can play movies in the memory of your device, while using the buttons Tel o Network you will be able to browse sub-folders or play from folders connected to the network.

What I advise you to do, in case there is a video in the memory of your device, is to go to the section Library e premere sul pulsating add Files. Via the folder Videos of your device you can tap on the video to play.

The player at the user interface level, as I anticipated, is really minimal and has no secondary features in addition to those dedicated to managing playback. Fortunately, however, the application is totally free and has no advertising banners.